Something has been bothering me about John C. Dvorak’s site for the last few days. This post in particular drove me to write about it. Here is a screenshot of the post. I would like to point out two things. 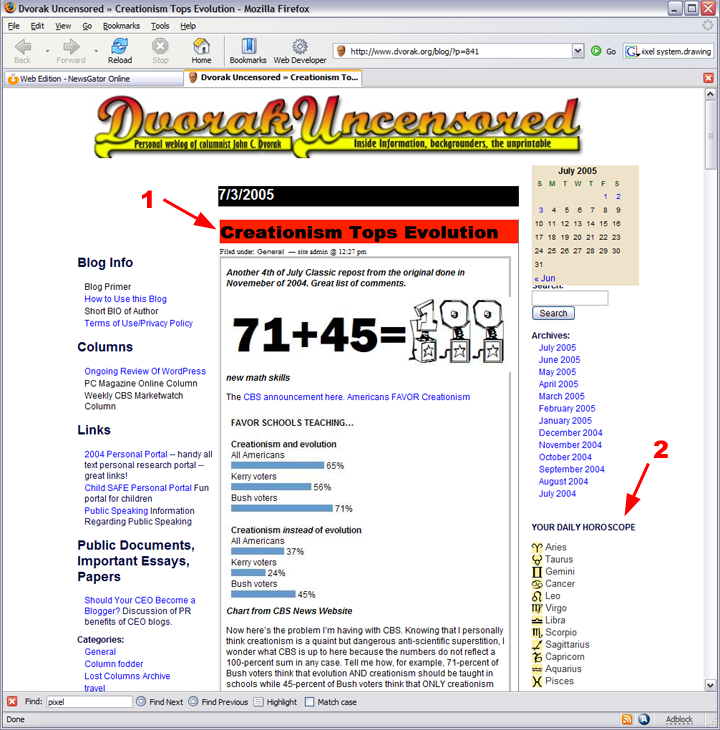 Perhaps Dvorak isn’t in control of the content of that ad. If that’s the case, hopefully he’ll stop using that particular vendor. If he doesn’t, I don’t think there’s anything you can call this behavior other than every gadfly’s favorite insult, hypocrisy.

Some of the comments to his post are seriously pretty scary. Somehow, these people are allowed to procreate.

There is a slight parallel here to My God Problem, which is a thought-provoking article by Natalie Angier that appeared in Free Inquiry magazine. Simply put, the point is this: you cannot turn a blind eye to certain (popular) superstitions and still bemoan the public’s inexplicable distaste for evolution.